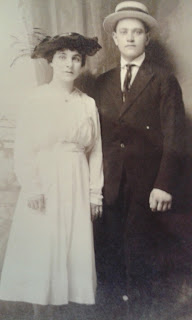 Grandpa Max was Grandma Anita's father. He was born in Buczacz in the Ukraine in 1891. It is the same town where S. Y. Agnon was born. Agnon wrote a book about the town. 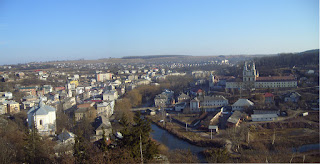 
From Wikipedia:
Buczacz is a town located on the Strypa River (a tributary of the Dniester) in Ternopil Oblast (province) of Western Ukraine. It rests 135 kilometres (84 miles) south east of Lviv, in the historic region of Halychyna (Galicia). Prior to 1939, the city was located in Poland and Austro-Hungary.

Grandpa Max immigrated to the US in about 1910 in order to escape being drafted into the army. He lived in Newburgh, NY and worked as a baker. 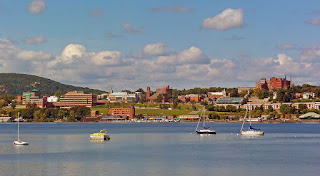 View of central Newburgh, NY, from the Beacon train station across the Hudson River
By Daniel Case - Own work, CC BY-SA 3.0, https://commons.wikimedia.org/w/index.php?curid=22853132


After Grandma Rose died in about 1968, he moved in with us in Englewood.

My memories of him are of a very sweet, teddy bearish sort of man. He had beautiful blue eyes, with a light blue towards the center and a deeper blue around the rim of his irises. He was always smiling and was the type of person that everybody loved. He exemplified the idea of הוה מקבל את כל אדם בסבר פנים יפות.

He used to bake challah for the family, as well as yeast hamantaschen for Purim.

I remember visting Grandpa Max and Grandma Rose at their home at 125 Liberty St. in Newburgh. They lived on the second floor of a two family house. A dentist and his wife, the Cutlers, lived downstairs. They were good friends of Grandma Rose and Grandpa Max.


They had an old-fashioned clawfoot bathtub and I remember that you could see the rooftops of the surrounding houses from the bathroom window. 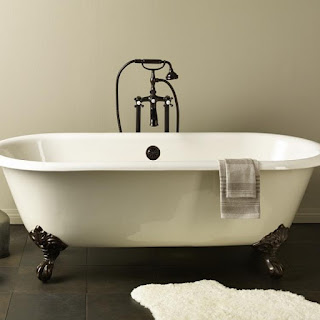 They had an upholstered wooden chair with a lion carved into its back and I was petrified of it. They had to take it out of the room that I slept in when I visited. It looked a little like this: 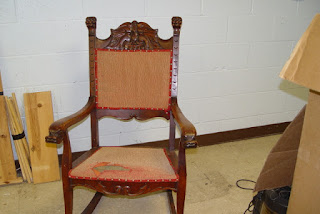 Grandma Rose used to bake a delicious yeast cake with strawberry jelly, raisins and walnits. I can taste it now as I describe it. Yum! 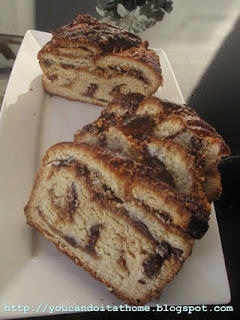 Grandpa Max used to take me to the main street of Newburgh to a drug store owned by his friend, Mr. Wexler, where he would buy me a bubble gum cigar or a pack of bubble gum cigarettes. 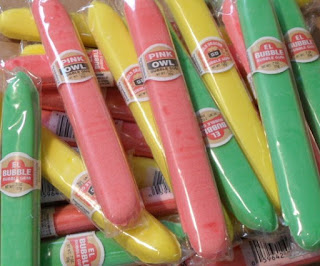 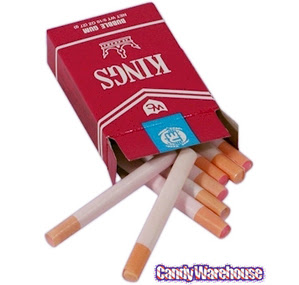 Grandma Rose was born about 1885 in Eastern Europe. She died in 1968, when I was 12 years old and she had had a dementia for about 7 years, so I don't remember her very well and I don't know as much about her origins.

Grandpa Max lived to be 93 and he died in 1984. I loved Grandpa Max very much and I have wonderful childhood memories of him living in our house. 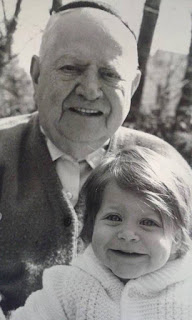